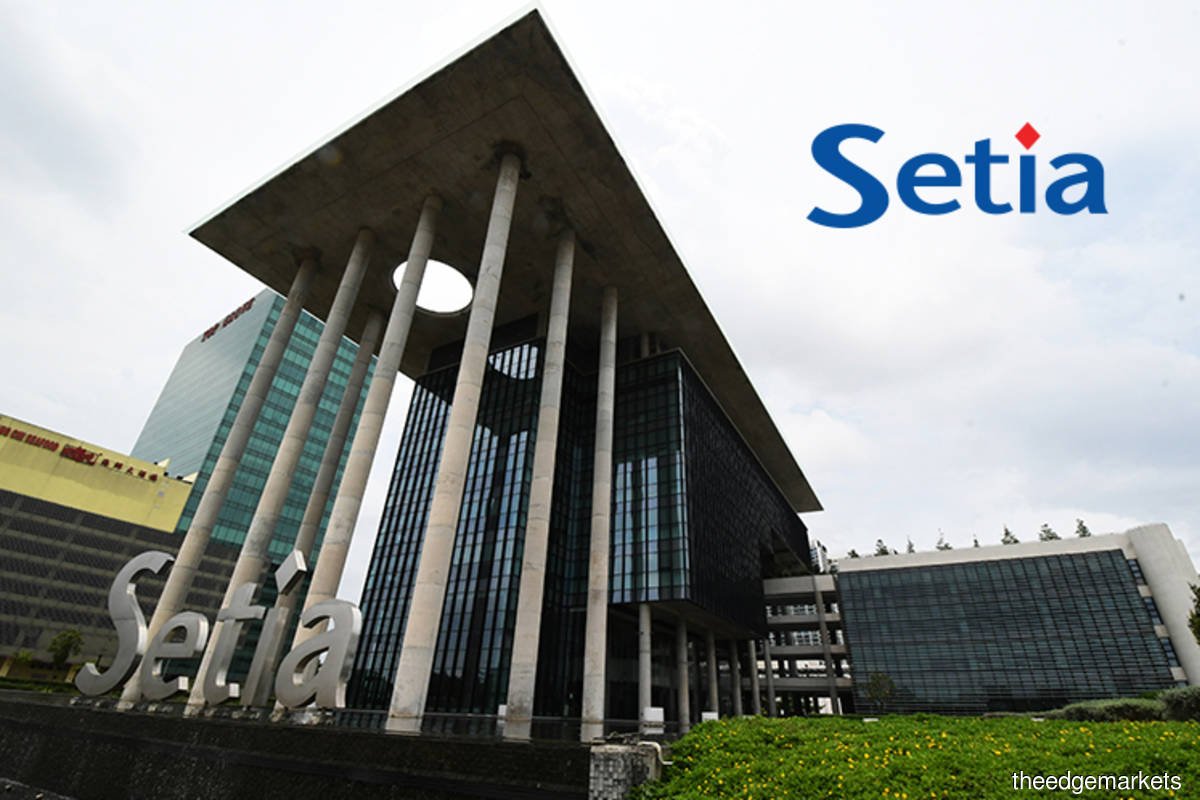 KUALA LUMPUR (April 21): RHB Research on Thursday (April 21) upgraded S P Setia Bhd to "buy" from "neutral" and revised up the stock’s target price to RM1.48 from RM1.28 as it foresees the group’s financial position to gradually improve from the second half of the year (2H22) onwards.

The research house's analyst Loong Kok Wen said in a note that degearing is now management’s top priority, and she believes the handover of a few projects in Melbourne and Singapore, as well as the potential completion of some land disposals, will help reduce the group’s net gearing to 0.51 times to 0.53 times by year end from the current 0.61 times (including non-controlling interests).

Loong recently had a meeting with the company’s head of IR who indicated the completion of Sapphire and UNO in Melbourne in the third quarter of 2022 (3Q22), as well as Daintree Residence in Singapore in 4Q22, should help to pare down RM1.5 billion to RM1.6 billion in debt from the company’s total borrowings of RM12.6 billion.

According to her, there is also an expectation for earnings to be more lumpy in 2H22. 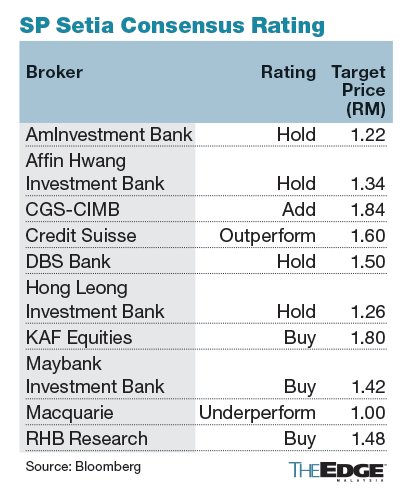 Citing S P Setia’s management, she said the company may redeem the existing Islamic redeemable convertible preference shares RCPS-i B (worth RM1.04 billion) on Dec 22 after the fifth year anniversary, by re-financing it.

The current coupon rate for this tranche is at 5.93% and, in her view, the company is at an advantage to ride on the current low interest rate cycle to re-finance it at a lower rate.

“If this materialises, it should help to reduce S P Setia’s total preferential dividend payment to both RCPS-i which amounted to RM130 million per annum,” she said.

Meanwhile, Loong said the continuous sale of non-core landbank, as well as strategic plots within its township developments, should help to pare down S P Setia's gearing further and accelerate value unlocking of its landbank.

To recall, S P Setia announced the disposal of 959.7 acres of land in Johor to Scientex Bhd in May last year for RM518.1 million. The land sale, which is expected to be completed in phases, is now pending Economic Planning Unit’s (EPU) approvals.

At the same time, the management is also in talks with some corporates and a logistic player to potentially sell some commercial land plots in Setia Alam Impian, Loong said.

While there are no plans to add more land in Malaysia, Loong said the management is looking to replenish its landbank in Melbourne, given that the existing projects there will be completed this year.

“We are not concerned over the potential funding as the accumulated profits generated in all S P Setia’s past projects in Melbourne should help to finance the new land,” she said.

Loong also said the slower property sales in the first quarter is generally within expectation, and she believes S P Setia should be on track to hit its RM4 billion sales target on the back of RM4.25 billion worth of launches, of which 65% is landed properties.