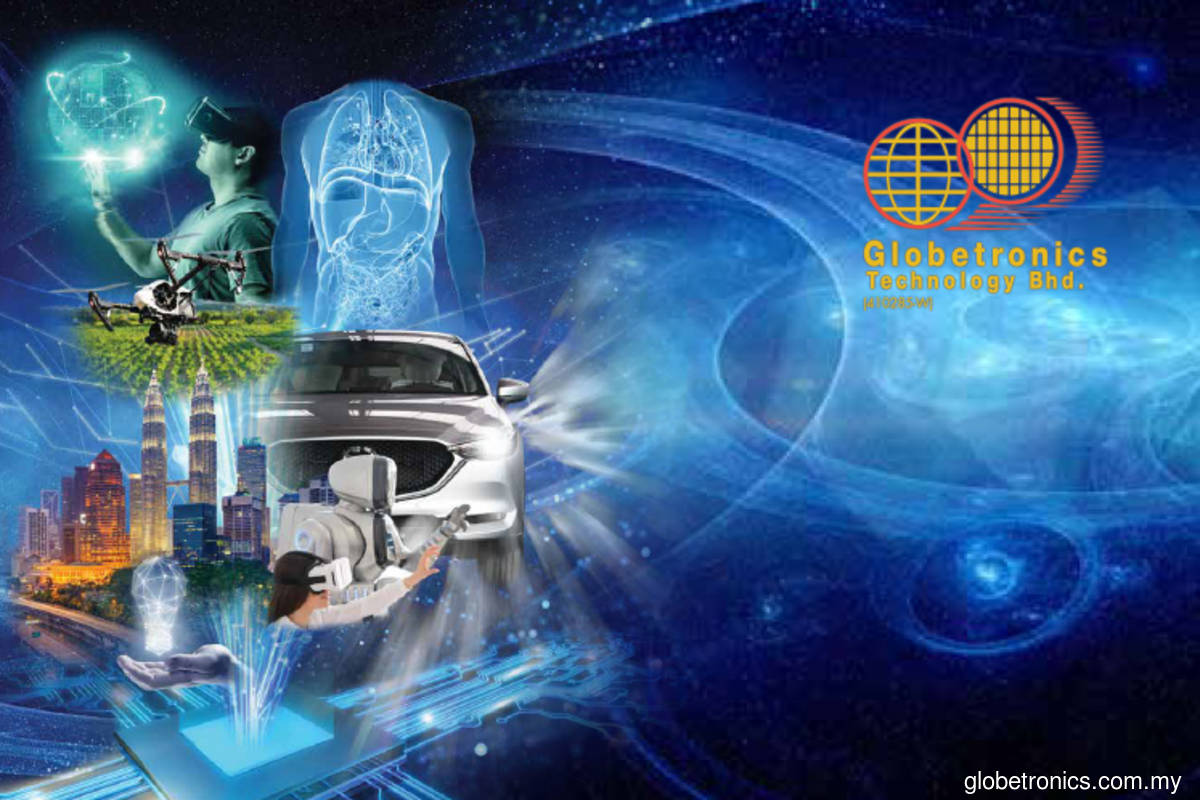 “Despite a seasonally weak quarter, we deem the results to be below expectations in view of potentially weaker demand for its customer’s products ahead,” Affin Hwang Investment Bank analyst Kevin Low said in a note.

The P/E is the average of the five-year mean P/E of larger outsourced semiconductor assembly and test (OSAT) players, such as Inari Amertron Bhd, Malaysian Pacific Industries Bhd and Unisem (M) Bhd.

“Amid investor expectations of higher interest rates ahead, the sector has seen a significant correction in P/E valuations year-to-date.

“As a result, we think that there are relatively better opportunities in the sector with better earnings growth profiles over the near term, especially after an anticipated sensor design win has been pushed back,” the analyst said.

AmInvestment Bank also lowered its FY22 to FY24 earnings forecasts for Globetronics by 6% to 25% as the company's 1QFY22 core net profit of RM9 million was below expectations, accounting for only 15% of the research house's earlier FY22 estimate and 17% of the consensus.

According to AmInvestment Bank, the lower profit projections are due to an assumption that the effective tax rate will resume at 24% (from 6%) for the group after the expiry of its pioneer status in June 2022.

The research house also downgraded its recommendation on Globetronics to "hold" from "buy", with a lower TP of RM1.53 a share (previously RM1.63).