Will There be More Poultry Counters Quitting Amid a Challenging Operating Landscape? 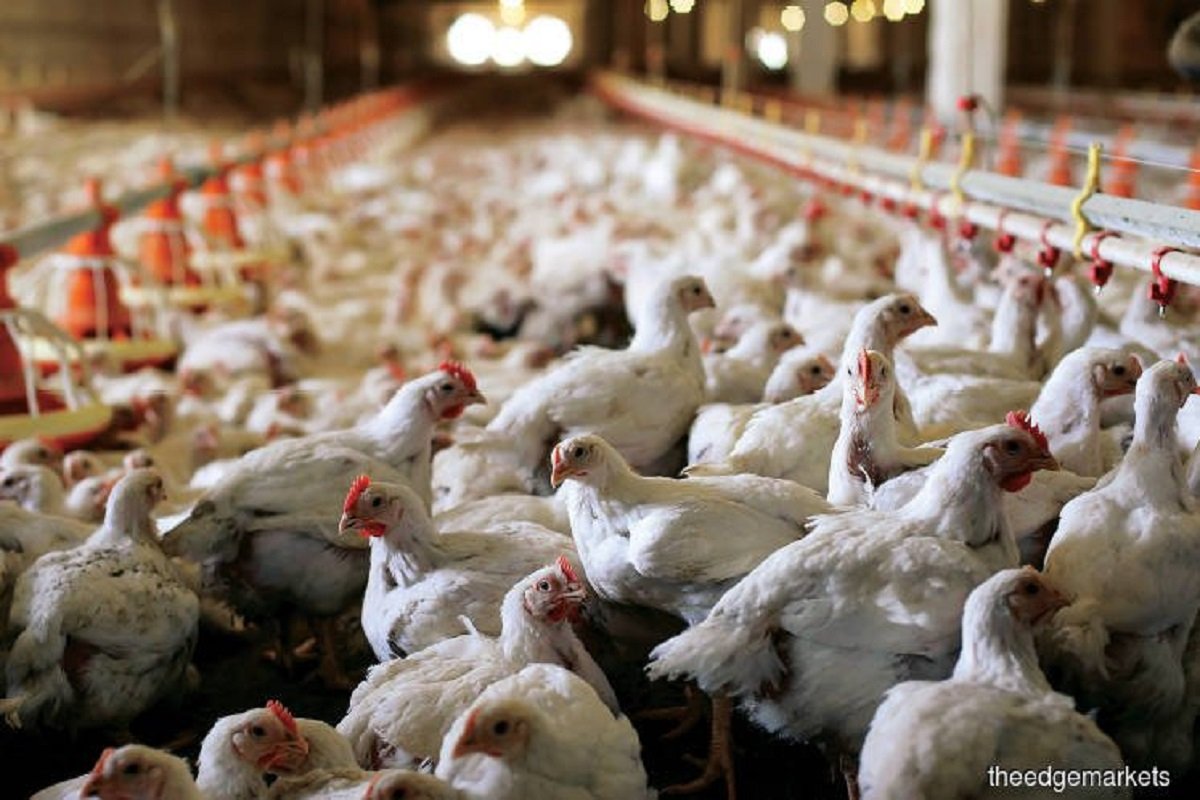 Will there be more poultry counters quitting amid a challenging operating landscape?

KUALA LUMPUR (May 6): About five years ago, there were 13 poultry and egg companies listed on Bursa Malaysia. Today, there are 11.

With the ongoing privatisation of the poultry business by LTKM Bhd and Sinmah Capital Bhd, perhaps only nine might remain by next year, and that’s assuming the rest do not follow in their footsteps.

The question is, will they?

As it is, the poultry industry is crying foul following the government’s move to extend price controls on chicken and eggs under the Malaysian Family Maximum Price Control Scheme (SHMKM).

SHMKM, which is effective from Feb 4 to June 4, has set the ceiling price of standard chicken at RM8.90 per kilogramme at retail price. This is lower than the maximum price of RM9.30 that was set during the initial SHMKM (Dec 7 to 31, 2021), as well as the top price of RM9.10 when the scheme was extended to Feb 4.

Research analysts who follow poultry stocks point out that these counters are currently trading at expensive valuation.

“Such high valuation is prompted by their earnings numbers which are depressed given the rising commodity costs from soybean and maize prices,” an analyst told The Edge on condition of anonymity.

“The price control imposed by the government has forced poultry players to absorb the additional costs by themselves, further denting the profitability of poultry companies,” he elaborated.

Another analyst concurred that the poultry business is subject to volatility in prices of commodities — which serve as major chicken feed — as the bulk of the companies’ costs comprises the price of feed for chickens.

“Poultry players need to brace for high raw material costs to persist amid the uncertainty brought by the Russia-Ukraine conflict, which has caused commodity prices globally to skyrocket,” she further said.

Coincidentally, both LTKM and Sinmah in April announced their plans to sell their poultry business units to their major shareholders.

In other words, the existing owners of LTKM and Sinmah will be buying back their poultry businesses, but the two companies will remain listed on Bursa Malaysia, only in a different form.

One notable example is DBE Gurney Resources Bhd. The Perak-based poultry firm — controlled by the Ding family — had been slowly transformed into a property developer, now known as Lagenda Properties Bhd.

Jointly-owned by the Doh brothers, Lagenda hived off its traditional poultry business back to the Ding family in a move to become a pure property play.

LTKM and Sinmah are the latest companies to follow suit after announcing to quit their existing poultry businesses.

The disposal consideration of RM1.11 per LTKM share represents a discount of 49 sen or 30.64% to the closing market price of RM1.60 on the last trading date when the announcement was made on April 6.

Subsequently, LTKM will launch a reverse takeover exercise via the acquisition of electronic manufacturing business Local Assembly Sdn Bhd for RM336 million to be satisfied via a combination of RM100 million cash and issuance of 393.33 million new LTKM shares at an issue price of 60 sen each.

It would undertake a restricted issue of 230 million new LTKM shares to investors to partly settle the purchase consideration and finance the working capital of Local Assembly.

“In relation to these challenges, we also incurred losses in the recent financial years ended March 31, 2020 and 2021 and for the nine-month period ended Dec 31, 2021. This has affected our ability to pay dividends too,” he noted.

Within the same month, Sinmah also announced to sell its poultry business (SM Broilers Sdn Bhd) to FCH Holdings Sdn Bhd for a cash consideration of RM2.9 million in a related party transaction, with the proceeds earmarked for the development expenditure of the group's existing Taman Gambir Perdana mixed project in Johor.

The disposal consideration of RM2.9 million represents a premium of RM100,000 against the audited net asset value of SM Broilers of RM2.8 million as at Dec 31, 2021, which translates into a price-to-book ratio of 1.04 times, according to bourse filings dated April 20.

Sinmah noted that the group's financial performance over the years had mainly relied on the poultry segment, particularly in contract farming and trading of feed, day-old chicks, medications and vaccines. However, its financial performance has declined in recent years as this core segment suffered from low selling prices of broiler chicken, coupled with increasing cost of poultry feed.

Following LTKM and Sinmah's announcements to exit the poultry and egg farming business in April, could this be an indicator for other poultry players to jump on the bandwagon given the challenging operating landscape?

Joining the negative PER list are Lay Hong Bhd and TPC Plus Bhd. Will the valuation be a major factor for Lay Hong and TPC to exit the poultry business?

LTKM and Sinmah have market sizes of RM195 million and RM56 million based on their closing prices of RM1.36 and 16.5 sen respectively.

It attributed the loss to lower production of processed chicken products, coupled with average selling prices of table eggs remaining flat as well as high prices of raw materials that were affecting the industry and continued to compress the group’s margins.

On another note, CAB Cakaran Corp Bhd recorded the highest PER of 242.86 times based on its closing price on April 29, followed by Teo Seng Capital Bhd’s PER of 85.5 times and PWF Corp Bhd’s PER of 67.24 times.