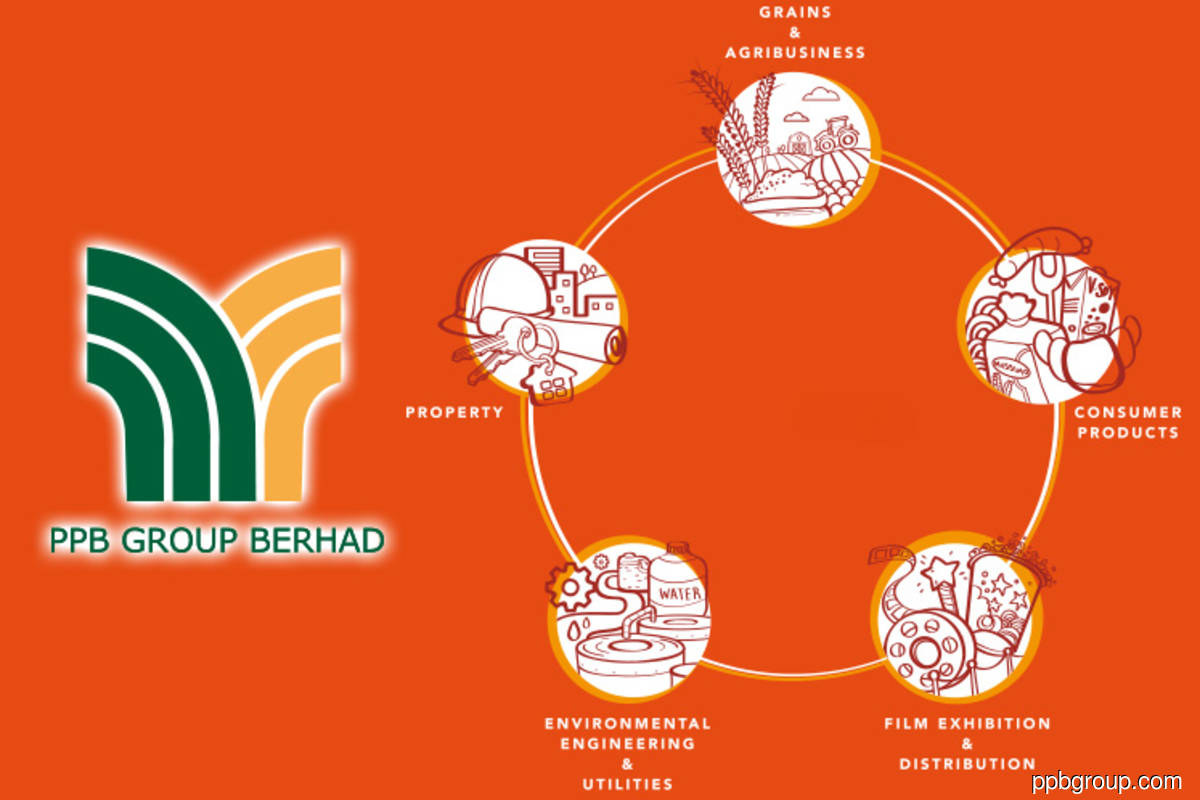 This however was partially offset by the 14% rise in contribution from Wilmar International Ltd to RM394 million.

PPB said revenue grew 23.61% to RM1.38 billion from RM1.12 billion a year earlier, as all key segments contributed positively to the increase in group revenue.

The group said the loss recorded by its grain and agribusiness segment, compared with a profit of RM124 million a year earlier, was mainly attributable to fair value losses on derivatives instruments for hedging purposes, as well as increase in raw material costs.

PPB’s consumer products segment saw a turnaround with a profit of RM7 million, compared with a loss of RM1.4 million in the year-ago first quarter, mainly due to improved performance in the bakery division and higher sales of other fast-moving consumer products.

However, the group’s film exhibition and distribution segment reported a loss at RM30 million compared with an earnings of RM25 million a year earlier, as cinema operating costs were higher with the resumption of cinema operations, whereas cinemas were closed for most of the quarter as the country was placed under the movement control order.

On prospects, PPB said the group expects the grains and agribusiness segment to experience further profit margin erosions, as food commodity prices and operating costs are expected to stay high as a result of the challenging global macroeconomic conditions and the ongoing Russia-Ukraine conflict.

“The segment is making every effort to mitigate such losses through alternative origins of grain sourcing and leveraging on our technical expertise in formulations and product performance. Nonetheless, price increase of our core products would be inevitable to address the impact of cost escalation,” the group said.

For the consumer products segment, PPB expects to continue to face high product and labour costs, though the segment is expected to perform satisfactorily with the increase in consumer demand as the country enters the endemic phase.

As for the film exhibition and distribution segment, PPB said it started the year on a stronger footing with cinema admissions improving significantly year-on-year.

“The continued easing of Covid-19 standard operating procedures, coupled with a strong movie line-up for the summer releases are expected to contribute positively to the segment going into the second half of the year,” it added.

PPB’s share price finished unchanged at RM16.62 on Tuesday (May 31), bringing it a market capitalisation of RM23.64 billion.