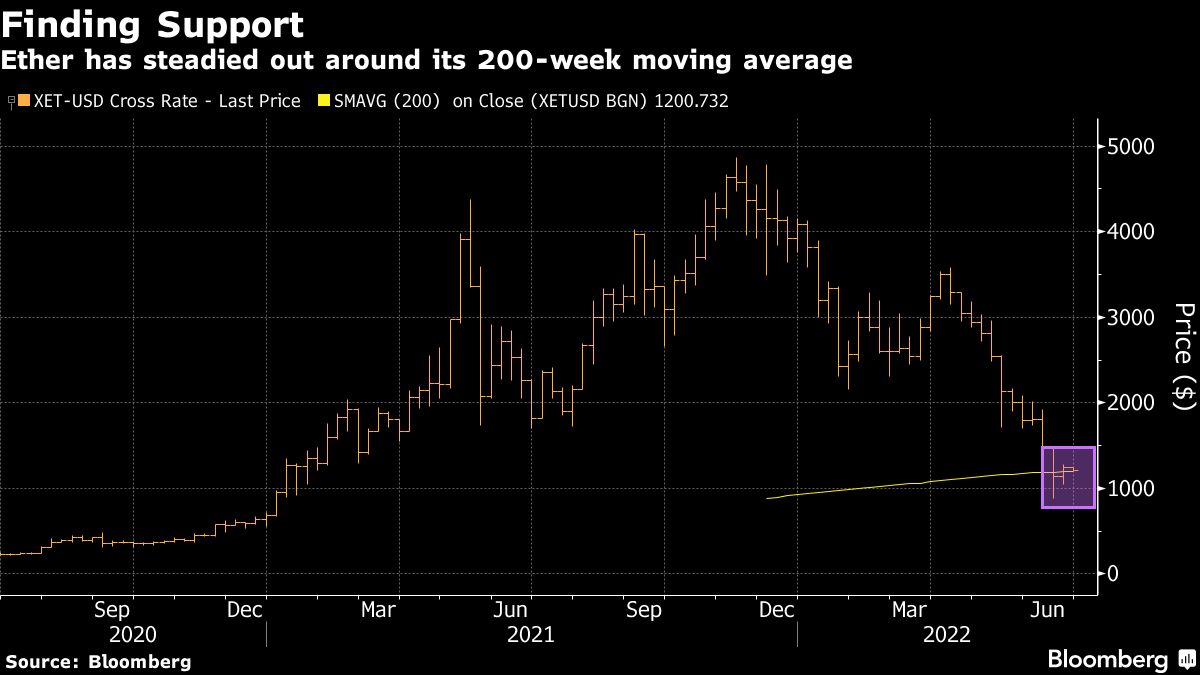 (June 27): Ether and Bitcoin reached their highest levels in 10 days on Sunday (June 26) as the market showed some signs of stabilisation.

No. 1 Bitcoin topped out on Sunday at US$21,860, after having fallen as low as US$17,742.83 on June 19. Overall crypto market capitalisation retook the US$1 trillion level on Saturday, according to data from CoinGecko, though it was sitting a bit below that as of 9.20am Singapore time on Monday.

Cryptocurrencies have suffered this year amid US Federal Reserve rate hikes and stubbornly high inflation. Ether is still down more than 60% this year, even after rallying from its extreme lows.

A major options expiration last Friday had been watched as a potential source of volatility. However, “short risk cleared surprisingly efficiently” for Ether amid “perhaps unexpected stability”, Genesis Trading’s Ainsley To, Gordon Grant and Noelle Acheson wrote in a note.

Fat Fees, Champagne and Yachts; How Adler Won Over Its Bankers