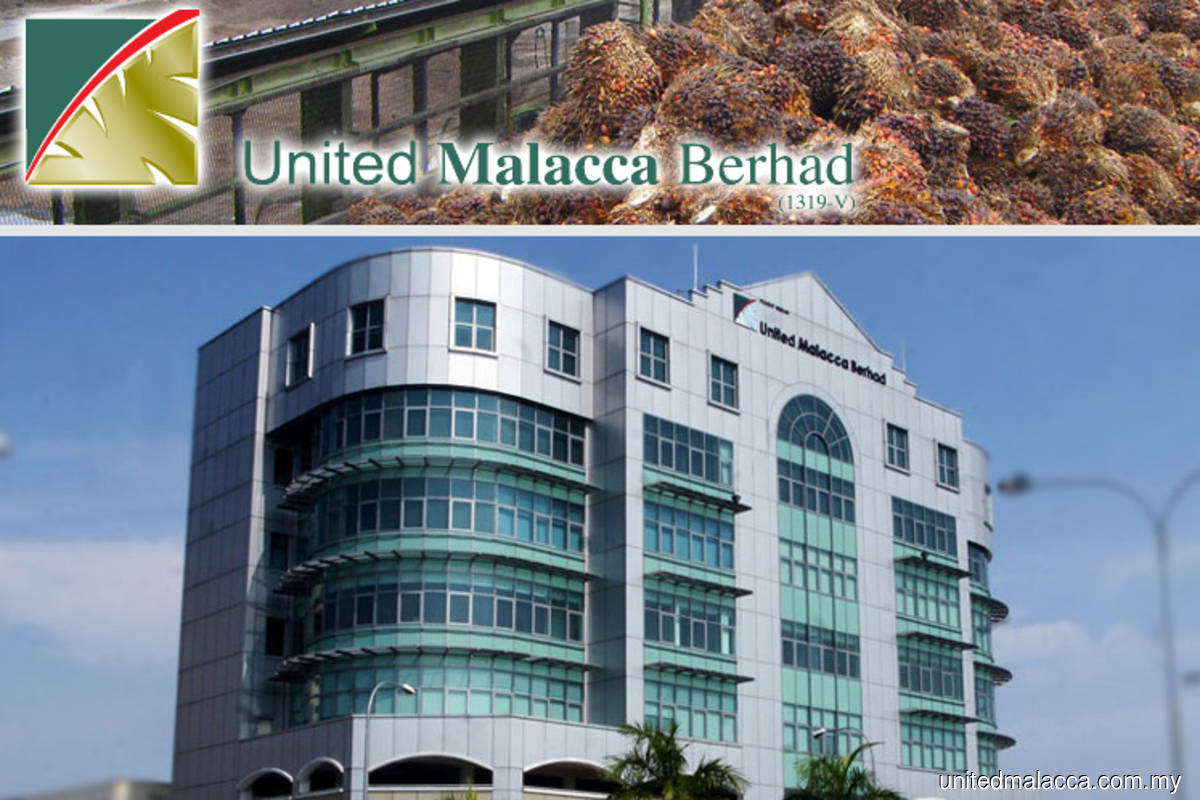 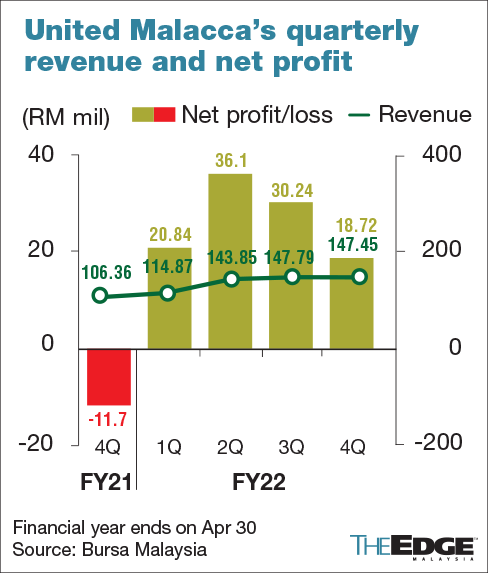 Revenue grew 38.64% to RM147.45 million from RM106.36 million, backed by the group's operations in Malaysia which recorded a plantation profit of RM42.7 million, up 180% from RM15.2 million previously. The group posted earnings per share of 8.92 sen, compared with the loss per share of 5.58 sen seen last year, its bourse filing on Tuesday showed.

"Higher earnings before interest, taxes, depreciation and amortisation (EBITDA) in the current quarter were mainly due to higher average CPO price of RM6,034 per tonne compared to RM3,454 per tonne in the preceding year.

"[This is in addition to] palm kernel price of RM4,526 per tonne from RM2,549 per tonne in the preceding year even though fresh fruit bunch (FFB) production declined by 3% or 2,091 tonnes," it said.

However, compared with its immediate preceding quarter of 3QFY22, the group's net profit dropped 38.1% from RM30.24 million, as it recorded RM5.32 million of discounting value of plasma receivables and a RM12.34 million impairment of intangible assets, while revenue was little changed from the RM147.79 million it posted previously.

This is a further moderation from the RM36.1 million net profit it made in 2QFY22, when it made a revenue of RM143.85 million.

However, it cautioned that FFB production in the first quarter of FY23 could be lower due to labour shortage in its Malaysian operations because of restrictions on foreign labour recruitment and higher operating costs from higher material and labour costs.

Shares in United Malacca ended nine sen or 1.67% higher at RM5.49 on Tuesday, giving it a market capitalisation of RM1.15 billion.