SHANGHAI (July 4): China will allow international investors to access its interest-rate derivatives market through Hong Kong, bolstering the city's status as a financial gateway to Asia's largest economy while giving foreign funds a new tool to hedge their holdings of Chinese bonds.

The so-called "Swap Connect" will start in six months, pending regulatory approvals, market readiness, and the completion of operational arrangements, according to a joint statement by the People's Bank of China (PBOC) and Hong Kong authorities. It will help investors manage risks for bond investments on the mainland, according to the Hong Kong Monetary Authority. 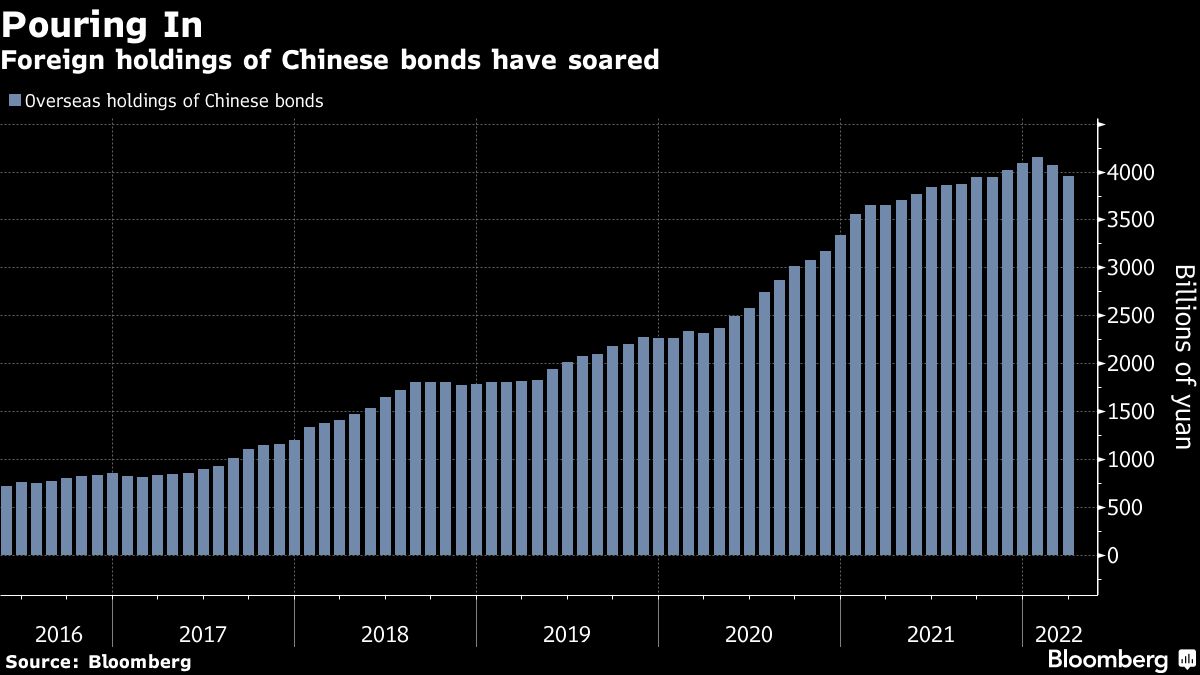 The new facility reinforces Hong Kong's role as a portal to China's markets, coming after President Xi Jinping visited on Friday to mark 25 years of Chinese rule. The city was also working to introduce quarantine-free travel for Chinese travellers, its chief executive said on Sunday, even as the business community called for broader relaxation of rules that had hurt its hub status.

Overseas investors ramped up their China bond holdings to four trillion yuan (US$598 billion) as of end-2021 — about 3.5% of the total outstanding — while total trading volume in onshore interest rate swaps was 21 trillion yuan last year, according to the PBOC.

Offshore traders will find a more accurate tool to hedge investments — one which aligns with currency exposure and onshore repo rates — than the non-deliverable interest-rate swaps they currently use, said Ken Cheung, chief Asia FX strategist at Mizuho Bank.

Only northbound trading will be permitted at the initial stage, which means foreign investors can trade onshore interest-rate swaps but not the other way around. Southbound trading, which enables mainland investors to trade offshore contracts, will be explored in due course.

Other derivatives can also be included as part of the arrangement depending on market conditions, according to the statement. China will also raise its currency swap with Hong Kong to 800 billion yuan from 500 billion yuan, the PBOC said in another announcement.

"From a global asset allocation perspective, the connect programmes have made the Chinese market more investable," said Xu Meng, executive director of quantitative investing at China Asset Management Co. "These will enhance the attractiveness of Chinese assets."