Why does AirAsia want to enter Vietnam despite three failed attempts?

VietNamNet Bridge - Teaming up with local airlines to set up a joint venture is expected to help Air Asia obtain a high aviation market share in the region. 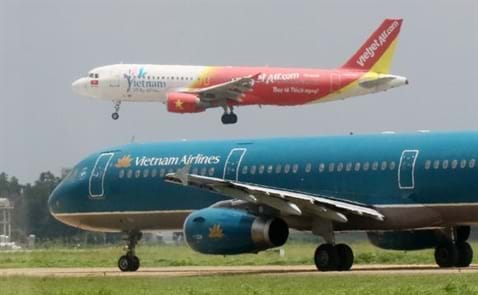 Air Asia once eyed the Vietnamese market 10 years ago. Vietnam was the fourth regional market, together with Malaysia, Thailand and Indonesia, that Air Asia wanted to enter.

The opportunity came in 2005, when the government of Vietnam restructured Pacific Airlines, which is now Jetstar Pacific. At that time, Pacific Airlines was a state-owned air carrier and had unsatisfactory business performance.

Air Asia was one of three candidates (the other two were Singaporean Temasek and Australian Qantas), that wanted to contribute capital to Pacific Airlines.

However, Air Asia did not succeed because it could not satisfy requirements: it wanted to contribute capital in aircraft, while Pacific Airlines wanted cash to recover the business.

The Ministry of Finance did not choose Air Asia which offered a price lower than Qantas.

The failure could not change Air Asia’s strategy to conquering the Vietnamese market. It made a second attempt in 2007, when it reached an agreement with Vinashin, a Vietnamese shipbuilder, to set up Vina AirAsia.

Air Asia then planned to contribute $30 million to the joint venture, or 30 percent of capital.

However, the plan once again failed completely because the government at the time did not intend to license new airlines, especially foreign invested ones.

In the third attempt, Air Asia decided to join forces with Vietjet Air. In February 2010, Air Asia announced it bought a 30 percent stake of Vietjet Air.


In April 2010, Air Asia took another step towards the Vietnamese market when signing an agreement with Vietjet Air on strategic cooperation.

Vietjet AirAsia, the joint venture that Vietjet Air and Air Asia designed, planned to take off in late July or early August 2010. However, the plan to use the Air Asia brand for commercial activities was not accepted by the management agency.

Air Asia had to give up its plan after a two year wait. Meanwhile, Vietjet Air has become a well-known private airline in Vietnam which has been thriving since the day it began providing commercial flights.

And now Air Asia is making the fourth attempt when joining forces with Gumin and Hai Au to set up a joint venture, hoping to take off by early 2018.

The strong determination by Air Asia to penetrate the Vietnamese market is explained by the annual 28 percent growth rate of the market, which is three times higher than that in regional countries.

Hong Kong house sells for US$111mil, the most this year

US to work with Taiwan, Vietnam against illegal fishing

Beijing and Shanghai back at zero Covid cases after four months