(TapDance) Has PMBTECH ran ahead of its prospect, and the sustainability of the Silicon demand/price.

My prudent investor friends generally ask about the sustainability of the silicon price and its accompanying impact on PMBTECH / 7172 (PMB TECHNOLOGY BERHAD), and that has the recent run-up fully reflected the company's prospect.
My BIASED response on -
SILICON PRICE'S SUSTAINABILITY 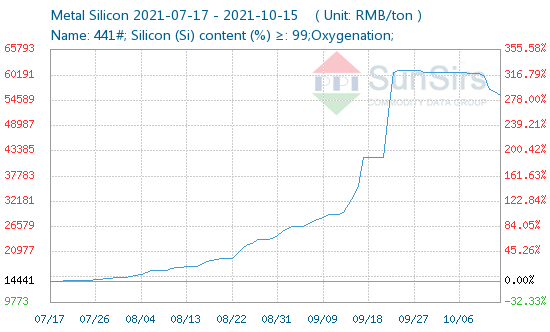 1. We saw China's ESG policies disrupting Silicon metal's supply coming. But to say we see China's power woe causing an eruption in Silicon price is an exaggeration .
2. China's ESG policies will not stop. Period. The >70% coal fired energy plant contribution into its power network is an eye-sore to a government that promises to lead the world in carbon emission cut. The ratio has to be brought down.
3. To bring down coal fired power contribution, either Beijing has to shut coal fired plants OR/AND increase renewable energy contribution.
4. Inefficient plants operating in the high energy consuming industries (e.g. steel, aluminium, silicon etc.) will have a hard time surviving thereby reducing/consolidating capacities under a few bigger corporations. Thereby our original thesis.
5. Amongst the renewables, Solar is relatively easier to setup in scale. Solar needs silicon.
6. China commands >70% of global silicon capacity. Repeat, China commands >70% of global silicon capacity.
7. US is pushing hard for Solar AT THE SAME TIME. https://reut.rs/3AbJIJF
It may be true that current Silicon price momentum will slow down upon China rectifying its power disruption. But to say that Silicon price will crash like Gloves' ASP (and therefore suggesting PMBT's prospect to share the same) is not a fair comparison as the underlying demand's sustainability is wildly different.
Based on above facts, one should be able to form his/her own opinion on the metal's prospect.
HAS PMBTECH'S PROSPECT FULLY PRICED IN

1. I have calculated PMBT's prospective earnings under an optimum situation previously. Namely: 72,000 tons capacity x RMB 60,000 silicon price x 0.65 RMBMYR = RM2.81bn revenue.
2. Considering the operating leverage, at conservatively estimated 8 - 10% NPM, PMBT should earn ~RM225 - 280m pa. i.e. trading at ~11x PE. PMETAL has never touch below 20x after its run-up in 2017.
3. What I did not mention is the possibility of margin expanding further than the norm. Silicon is made of sand. Widely available hence no pricing power/premium.
Other metals such as Aluminium requires Alumina or Steel for iron ore, their raw material price usually correlates positively. Hence after awhile their producers' margins falls back to norm. For silicon, the dynamic suggests it may not. Can management lock-in the ultra high margin? Yes.
4. Coal - which is one of the cost component - price has risen sharply recently hence offseting some of the benefit mentioned above.
5. PMBTECH has 2 more phases to expand. I have no idea if those 2 mentioned phases will be of the same size/volume. Still, it is fair to expect at least the same. Namely, whatever I have accounted above, multiply by 2. Yes, if one desires apply your own discount factor.
6. At mere ~1% global market share based on production capacity, PMBT's cost efficiency is already on-par with those largest China / Europe silicon producers.
7. Management strength. IMO, this is the most critical factor of all. PMETAL has demonstrated its track record through both peak and trough periods. The learning curve was steep. Remember the failed China venture, the less efficient Mukah plant, and fire incidents... all happened when Koon family were less known with less resources.
Today, investors are blessed to have a replica of the 2016/2017-PMETAL in 2020/2021-PMBTECH which is way smaller, less tuition fees to be paid, faster ramp-up and all when the Koon family possesses a lot more resources (i.e. lower risk, faster/higher high-returns).
(ashamed to admit that) I missed PMETAL, and I won't miss PMBTECH
Lastly, for those who read this far - there might (or might not) be some minor disappointment from the 3Q FY21 result given the MCO disruption; depending on how huge the offsetting impact of both disruption vs. silicon price movement.
That could be the (last) chance to pound for those who likes to buy the dip.
Share this: