LOTS OF PROFITS SINCE COST OF CPO PRODUCTION AVERAGE AT RM1,700 PER TONNE

WHY IS PALM OIL GOING UP?

Weather in South America is the main grain fundamental in December and January.

This is the rainy season for South America, when the soybean yield potential is either enhanced, or reduced.

So far this year, it looks like the yield is being reduced as rather dry weather is occurring in central Brazil. In addition, crop forecasts are being reduced by private firms all over the world.

USDA cut Argentina’s corn and soybean production forecasts slightly in the December report, but Brazil so far was left unchanged.

SAM weather forecasts, as of mid-December, are still supportive to market prices, with below-normal precip and above-normal temps in most of SAM the next week. Also, that forecast moderates somewhat in the eight- to 14-day forecast (as it typically does in a tropical environment). Remember, the forecast in much of Brazil every day contains a 50% chance of rain in the afternoon.

Most citizens never listen to a weather forecast for the summer because there is always that chance of rain in the afternoon.

For weather watchers in the commodity markets, the question is not if it rains in Brazil, it’s how much it rains in Brazil. A 10% less than average (average is about 3 to 4 inches per week during the rainy Dec/Jan period), or 10% more than average rainfall is a big deal for the summer. It can also be the difference between a poor crop and a bumper crop on the sandy soils of Brazil. A drought is 45 inches of rain in the rainy season, and 55 inches is a wet year, if you normally get 50 inches in the six-month growing season. Of those six months, December and January are the two wettest.

In other world news, estimates out of China show the pig/sow herd is back to 90% of normal capacity by Nov. 30, and should fully recover by the first half of next year.  While capacity has recovered mostly, prices are still much higher. So, that inventory needs to build to push prices back to normal ranges.

Brazil’s farmers are 95% planted on soybeans vs. 96% last year at this time. AgRural, a Brazilian analyst firm, cut its forecast for Brazil’s soy crop to 131.6 mmt, below USDA’s 133 but still record output, while another group suggests 130 mmt. Numbers are coming in smaller than USDA’s and getting smaller all the time.

Argentina’s soy is estimated at 48 mmt, while USDA just cut it to 50 mmt in Dec. vs. 51 mmt in November.  There are many estimates now below USDA based on the late planting start in Brazil, and smaller area in Argentina due to their socialistic policies that punish productive farmers.  USDA has Argentina corn at 49.0 mmt and Brazil at 110.0 mmt, while private estimates are closer to 40 to 47.0 mmt Argentina, and 102 mmt Brazil corn. If so, there’s a lot more bullish news that will hit the corn and soybean markets.

We still haven’t finished the U.S. production season estimates, either, as the Jan. USDA report will project final corn and soybean yields. The U.S. Dec. soybean yield estimate is still 0.5 to 1.0 bushel acre too high.

That would reduce U.S. ending stocks from 175 million bushels (mb) to between 100 and 135 mb – extremely tight already. Given U.S. soybean exports are still well ahead of projections, there could be a 50 to 100 mb hike in U.S. exports as well, which essentially eliminates the U.S. carryout. That cannot realistically happen, so obviously the market needs to do some rationing – and that can only be done with higher prices.  If South American weather problems also materialize through the end of the year, we could have an explosive situation in soybeans.

U.S. exports of corn and soybeans continue strong. Russia pushing exports out the door ahead of its export restrictions means lower U.S. wheat exports for now, but perhaps higher later.

Finally, we have a bullish situation in grains! It could be a very explosive situation in soybeans due to the tight U.S. stocks situation and the ongoing South American drought.  The South American soybean yields will be the powder to ignite the rally – if weather remains adverse there. Once we get to March, though, a shortage of soybeans worldwide would pull acres away from corn, wheat, and every other crop so that all grains become a very bullish situation.

SO THE CAUSE IS THIS (SEVERE DROUGHT IN SOUTH AMERICA) 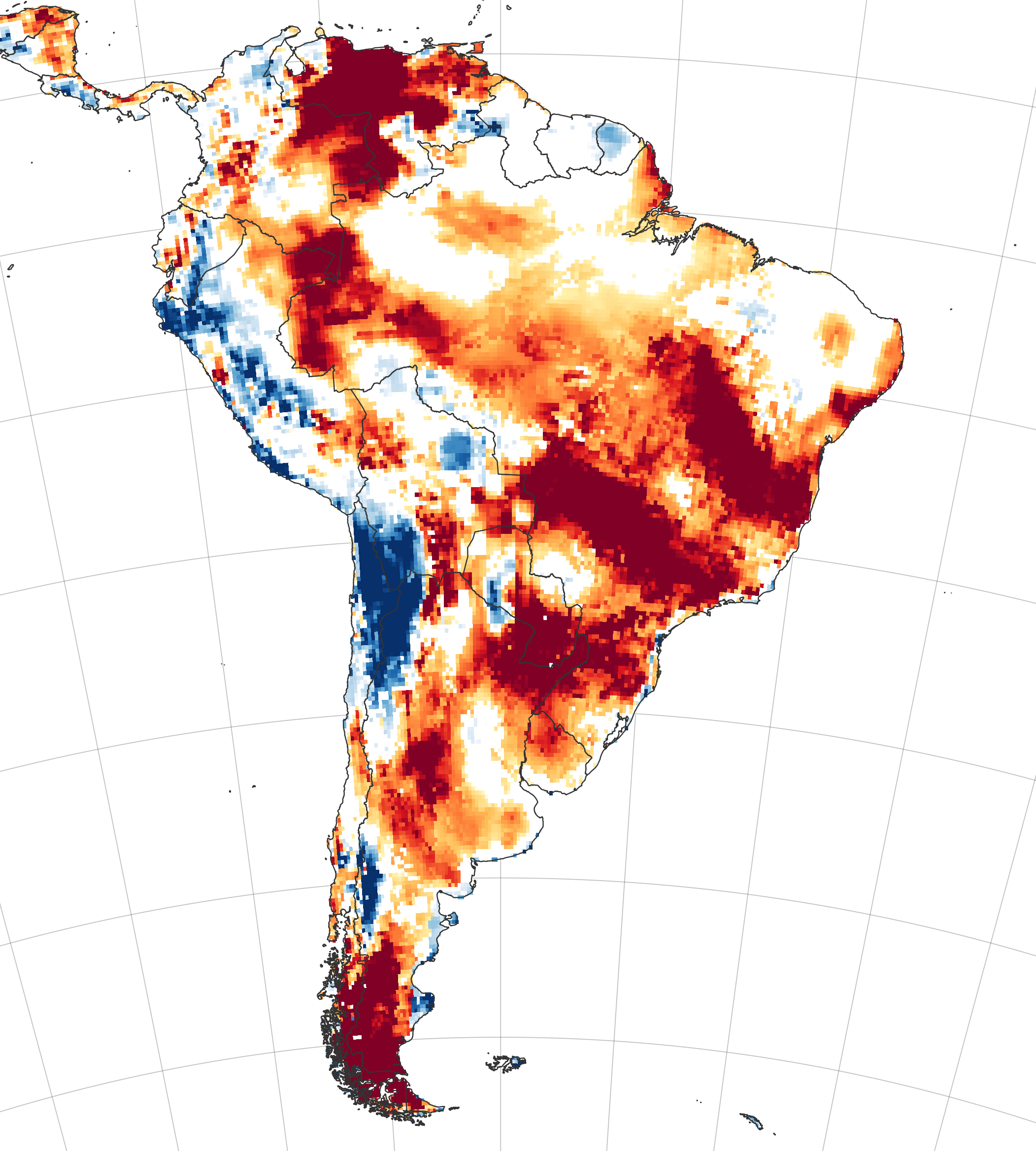 All Information Provided Here Should Be Treated For Informational Purposes Only. It Is Solely Reflecting Author's Personal Views And The Author Should Not Be Held Liable For Any Actions Taken In Reliance On Information Contained Herein

TSH RESOURCES (9059) KEEP THESE FIGURES IN MIND IF YOU OWN TSH SHARES (PRINT IT OUT PUT IT ON THE WALL TO REMIND YOURSELVES), Calvin Tan

TOP REASONS WHY PALM OIL STOCKS SHOULD DO WELL AND REBOUND FROM CURRENT WEAKNESS, Calvin Tan

“THERE IS A FOUNTAIN FILLED WITH BLOOD DRAWN FROM IMMANUEL’S VIENS, (Revival Hymn of 1859 Irish Revival) Comments by Calvin Tan

These 3 will benefit from High Lumber & Cpo prices

Feb 2021 results for all plantation stocks will be fantastic

Despite the strong cpo prices, the things pressing it down is the cpo tax implementation, it was already confirmed at 8% now loh..!!

Now with this news already out & behind us, we look at the cpo future & it ranges from jan to august Rm 3800 to Rm 3000, all above the super profitable benchmark price of Rm 3,000 over 8 months.

Thus if u have invested in palmoil stock , you can expert super profit for at least 8 months loh...!!

In addition u need to know, if cpo prices above rm 2,600 u already substantial good margin and profit as most of plantations cpo cost is around rm 1,600 per ton mah...!!

Go in early, do not be late like Johnny come lately mah..!!

Calvintaneng : yup agreed but most of the planter's stock still lack lustre not moving unlike the gloves darling days

Gloves actually gone down when wuhan kena virus in Dec 2019

3 months later Supermax even fell to Rm1.30 as nobody was bullish

I only bought Supermax at a high price of Rm1.73 if compare to March low of Rm1.30

Of course only on hindsight now Rm1.73 was actually cheap

So is palm oil now