ABC's of Biodiversity: Gibbons of Malaysia 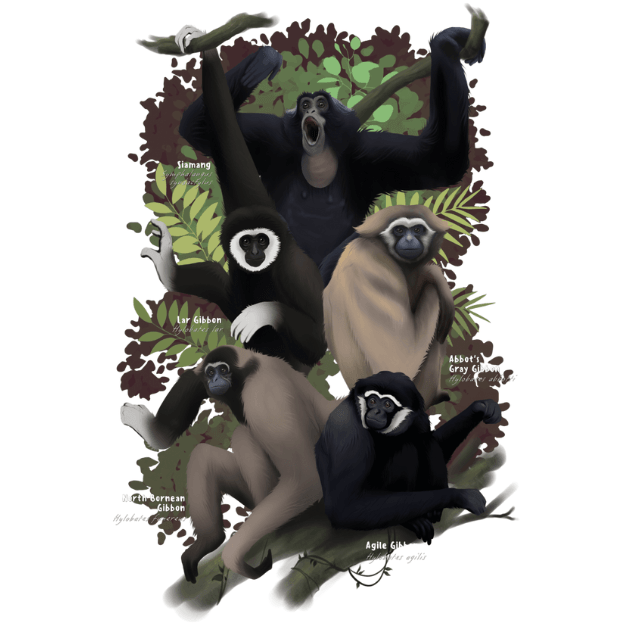 There are five species of gibbons, found in Malaysia. The white-handed gibbon, dark-handed or agile gibbon, and the siamang are found in Peninsular Malaysia, while Muller's gibbon and Abbott's grey gibbon live in Sabah and Sarawak. Gibbons are known for providing one of nature's most enchanting concerts - welcoming the sunrise with their songs. But their songs and cherubic faces make them a sought-after commodity in the illegal wildlife pet trade, and coupled with habitat loss, gibbons are being pushed further into the endangered species list. We speak to Mariani Ramli, the President of the Gibbon Conservation Society, and the Head Director of the Gibbon Rehabilitation Project about these gibbons found in Malaysia, and also about the second conservation and rehabilitation project for Malaysia's Singing Apes in Kota Belud, Sabah - The Borneo Gibbon Rehabilitation Project or Borneo GReP.

The ABC's of Biodiversity is an ongoing series where we explore why biodiversity loss is our loss.

Digital Upskilling And Futureproofing Your Company

Why Do People Love the MCU?

PREVIEW: Conte vs Tuchel in the London Derby

Doctor in the House: Why Is Malaysia Backsliding In HIV Progress?

Selfish: The Selfishness of Selflessness