Wee: 'White Knight' to Take Over the Major Contractor of JB-Singapore RTS Link 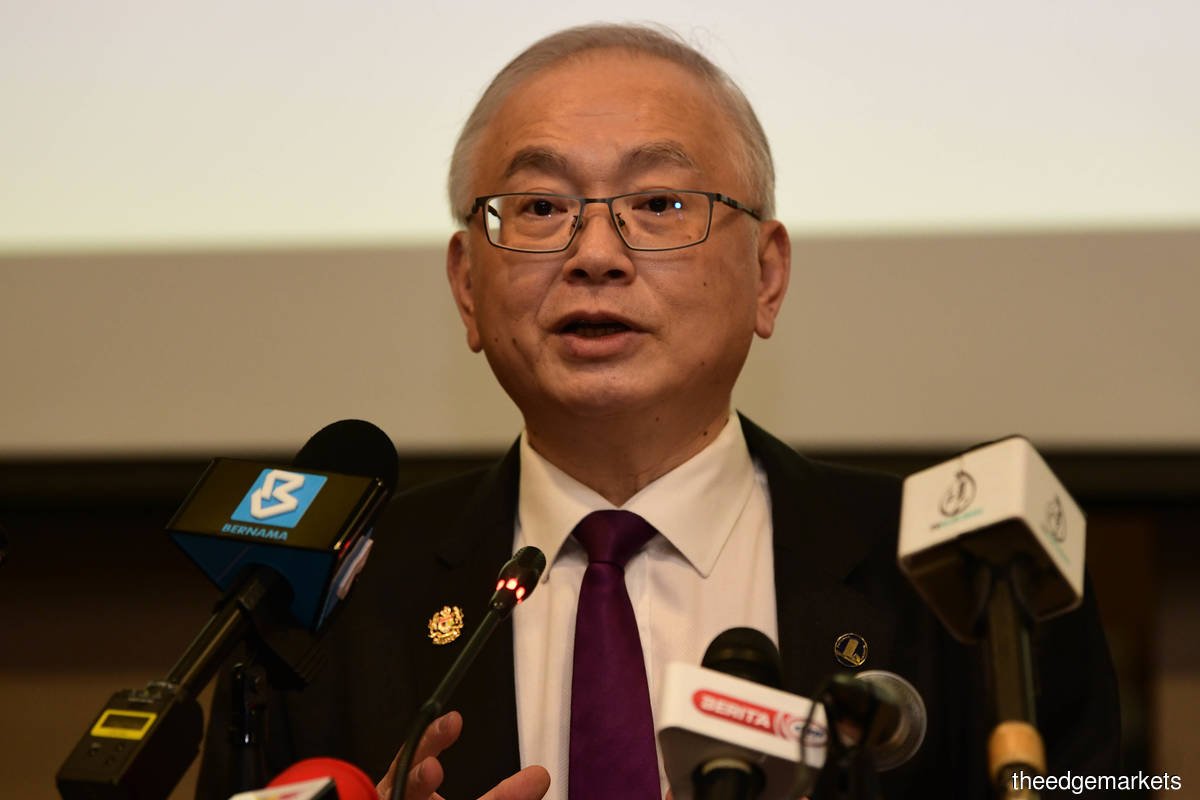 KUALA LUMPUR (June 27): The government has received notification from Adil Permata Sdn Bhd in regard to its “white knight” to take over the company and its RM3.7 billion Rapid Transit System Link (RTS Link) project connecting Bukit Chagar in Johor Bahru to Woodlands in Singapore, according to Transport Minister Datuk Seri Dr Wee Ka Siong.

Despite the changes in shareholdings in Adil Permata, Wee reiterated that the contract awarded to Adil Permata for the RTS Link project remains.

When asked if the businessman Tan Sri Lim Kang Hoo would take over the company and the project, Wee replied: “I do not know who is in the company (to take over Adil Permata). The most important thing is whichever company gets this project, if it is a public-listed company, it is their duty to announce.

“All these aspects (are) since it involves public-listed companies, the details [need] to be announced. It has to follow the procedures. The government will then issue them (the company) a letter stating that they can make an announcement as provided under SC’s regulation… And we are not delayed, once the letter is ready we will issue it,” Wee said at a press conference after delivering his keynote address at 13th International Harbour Masters’ Association Congress.

“Because we signed the agreement with Singapore, the bilateral agreement says that both countries will make sure that the implementation [of the] schedule or timetable [needs] to be adhered to. In this regard, the Malaysian government, especially the Ministry of Transport, has the land transport division to monitor the progress and has to report to the Ministry of Finance and the government every quarter. The reporting system is still there, and we have to make sure that we complete the project,” Wee said.

“As far as the government is concerned, Adil Permata has been given this contract since two years ago. So [even with the] takeover of the company (Adil Permata) by the white knight, the contract is still there,” Wee added.

In an article published by The Edge Weekly entitled “Lim Kang Hoo could take over RTS Link to Singapore" on May 30, the weekly said Lim is understood to be looking to take over Adil Permata.

Adil Permata is wholly owned by privately held Cipta Alam Sdn Bhd, which in turn is a 100% unit of Elit Intan Sdn Bhd. Elit Intan is 40% controlled by Datin Paduka Alinah Ahmad, the former mayor of Petaling Jaya, while Amirudin Selaman, Nurul Fatin Muhammad Bukhari and Shamsudin Mohd Nor each has a 20% stake.

In a response to a report by The Edge Weekly, Ekovest had on May 30 confirmed that it is currently in ongoing discussions with relevant parties to explore a potential takeover of the RTS Link project.

“The board of Ekovest wishes to clarify that the company is currently in ongoing discussions with the relevant parties to explore a potential takeover of the RTS Link project.

"All negotiations are still ongoing and appropriate announcement will be formalised upon finalisation of the agreed terms and conditions,” its filing with the local operator showed.

Nonetheless, Wee stressed that the most important thing is ensuring the deadline to complete the RTS Link to Singapore by Dec 31, 2026 and to operationalise the RTS Link by Jan 1, 2027 can be achieved.

“I think the most important is that all the six packages given to Adil Permata can be completed before 2026, that means on Dec 31, 2026 we ensure that all projects are completed. We have targeted Jan 1, 2027 to start the RTS Link service. That is our deadline and we still need to meet the timeline given.

“By Dec 31, 2024, all civil work needs to be done. [Subsequently,] we need two years for the signalling, communication and commissioning of the system as well as rolling stock to be ready then. Any rolling stock or trains must go through the process, so we make sure it is safe when we open it to the public.

“We are very clear on the timeline by Dec 31, 2026 we are going to complete the project. We want whoever takes over this project, or whoever is the contractor, under the main contractor, Adil Permata, to sub [the work] to the local contractors. They have to do it fast, and we have basically [have] about two and a half years to complete the construction of civil works, so that the viaduct can be ready [by then] so we can put the system and train to rail,” Wee added.

The RTS Link project entails the construction of a station at Bukit Chagar, Johor Bahru, a depot in Wadi Hana, Johor Bahru and viaducts through the city centre and over the straits of Johor to the boundary with Singapore.

Shares in Ekovest settled up half a sen at 40 sen, giving it a market capitalisation of RM1.07 billion.

Glencore Pays Out US$4.45 Bil as Coal Drives Record Profit

US Jobless Claims Rise Slightly, Near Highest Since November

12 years and a pandemic later, this Filipino bakeshop continues to rise to the occasion