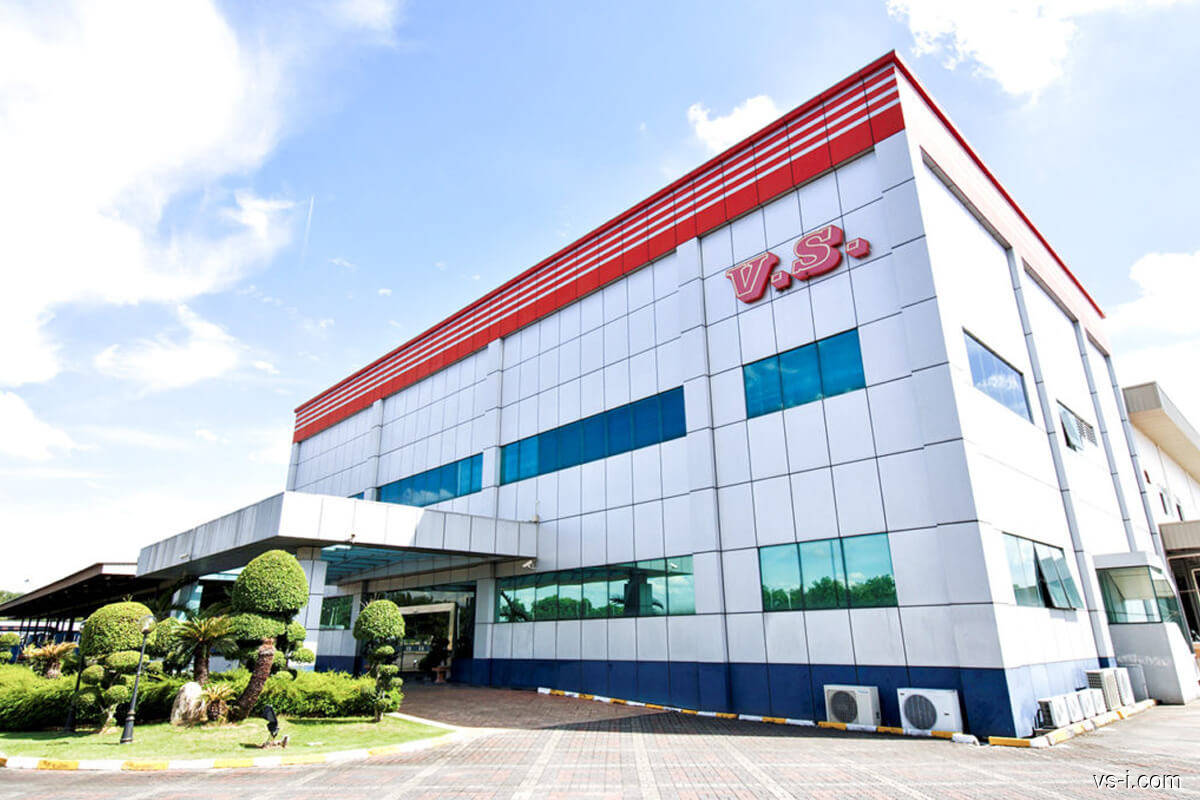 KUALA LUMPUR (June 27): Analysts have maintained their "buy" rating of VS Industry Bhd (VSI) despite the company’s earnings for the nine-month period ended April 30, 2022 (9MFY22) coming in below their expectations.

“In light of [the] rising interest rate environment and cost headwinds, we tweak our P/E (price-to-earnings) target lower from 18 times to 16 times.

“As the biggest EMS (electronic manufacturing services) player in Malaysia with a solid track record, we opine that VSI would be able to weather through the gloomy clouds while simultaneously scour for opportunities from the trade diversion,” said the research house in a note on Monday (June 27). 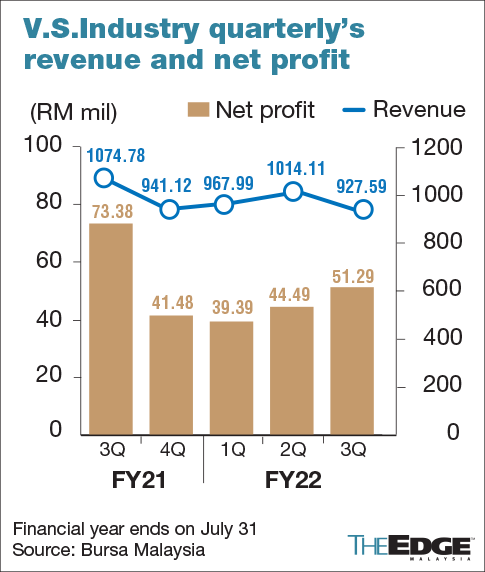 “This came in below expectations at 57%/59% of our and the consensus full-year forecasts respectively,” said HLIB.

Meanwhile, RHB Research increased its TP for VSI to RM1.49 from RM1.26.

“Its current valuation is attractive — trading below the mean P/E — taking into account a 61% earnings growth in FY23 and the resolution of labour standard issues, with the audit findings expected to be announced soon.

"We also like the EMS sector for its cost-plus model — hence the insulation from the inflationary environment,” it said.

RHB said earnings for the group is expected to continue recovering, post the arrival of new foreign labour (intake of 1,400 workers) starting at end-May.

This should effectively lift the company’s production capacity and output from 4QFY22 onwards, the research house said.

“Beyond the near term, its exciting 61% earnings growth in FY23 should be underpinned by normalisation of production and contributions of new production lines. On the other hand, the social audit of its labour practices is ongoing, and is estimated to be completed soon. We believe that convincing positive results of this audit should remove the overhang of the stock,” it added.