Frequently the western media such as CNN or BBC broadcasts about gun violence in America which give us the impression that it is not safe to live in USA.

More than 110 Americans are killed by guns and more than 200 are shot and wounded every day, according to a recent report by a public policy think tank Every town Research and Policy.

Gun violence impacts the families of the victims and the community they reside in. America’s culture of gun violence has engulfed countless lives and the recent shootings in 2022 suggest this unfortunate trend is not slowing down anytime soon.

The latest incident has been the Independence Day mass shooting in Chicago’s Highland Park suburb. The act of violence claimed seven innocent lives and further wounded 37 others. Yet this incident pales in comparison to the recent acts of gun violence that have been recorded this year.

Six people were found dead in a Milwaukee home as law enforcement officers inspected for a welfare check. The victims —five men and one woman— had been fatally shot. An ABC News affiliate reported, citing official documents, that it was a result of an armed robbery and the subsequent execution of the victim and witnesses to the crime. April 3

The mass shooting occurred in the Californian city of Sacramento. The incident occurred in a two-square-block area of downtown Sacramento, claiming the lives of six people and further injuring 12. The Sacramento Police Department commented that “gang violence” was the root issue which caused the shooting.

A gunman armed with an assault-style weapon claimed the lives of 10 people and wounded three others. The attack occurred at a Tops supermarket in a predominantly Black section of Buffalo, New York.

The incident had racial undertones as the suspect, Payton S Gendron, had posted a 200-page racist screed online.

Police say a gunman on a rooftop opened fire on an Independence Day parade in suburban Chicago, killing at least six people, wounding at least 30 and sending hundreds of marchers, parents with strollers and children on bicycles fleeing in terror.

Gun violence in the United States results in tens of thousands of deaths and injuries annually and was the leading cause of death for children 19 and younger in 2020.

Required qualification to buy a gun in USA

The Gun Control Act of 1968 (GCA), which regulates firearms at the federal level, requires that citizens and legal residents must be at least 18 years of age to purchase shotguns or rifles and ammunition. All other firearms — handguns, for example — can only be sold to people 21 and older.

It is so easy to buy a gun. That is why there are more guns than people in America.

According to the Small Arms Survey of 2017, the United States had a population size of around 326,474,000 people. There were about 393 million firearms in the United States, meaning that there were far more guns than there are people. Additionally, given that not every person in the U.S. owns a gun, many people own multiple or many. This fact still rings true, with the only major difference being that the United States population and the number of guns in the nation have grown in size.

Back in 2017, for every one hundred people in the United States, there were one hundred twenty firearms in the hands of the general public. 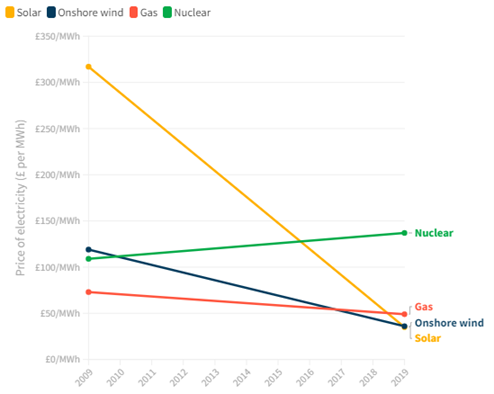 Be the first to like this. Showing 2 of 2 comments

This demonstrates america is the most democratic and given 101% human rights to its people.... freedom that you can enjoy freely by owing a gun...

I wonder why KYY likes to talk so much about US domestic problems in a forum where everyone is interested in making money. On this, I am very interested in knowing more about the forced covid lockdowns and the property crisis in China and its standoff with Taiwan would affect the local and US markets...If possible I hope his research will enlighten us on how long these problems are likely to continue