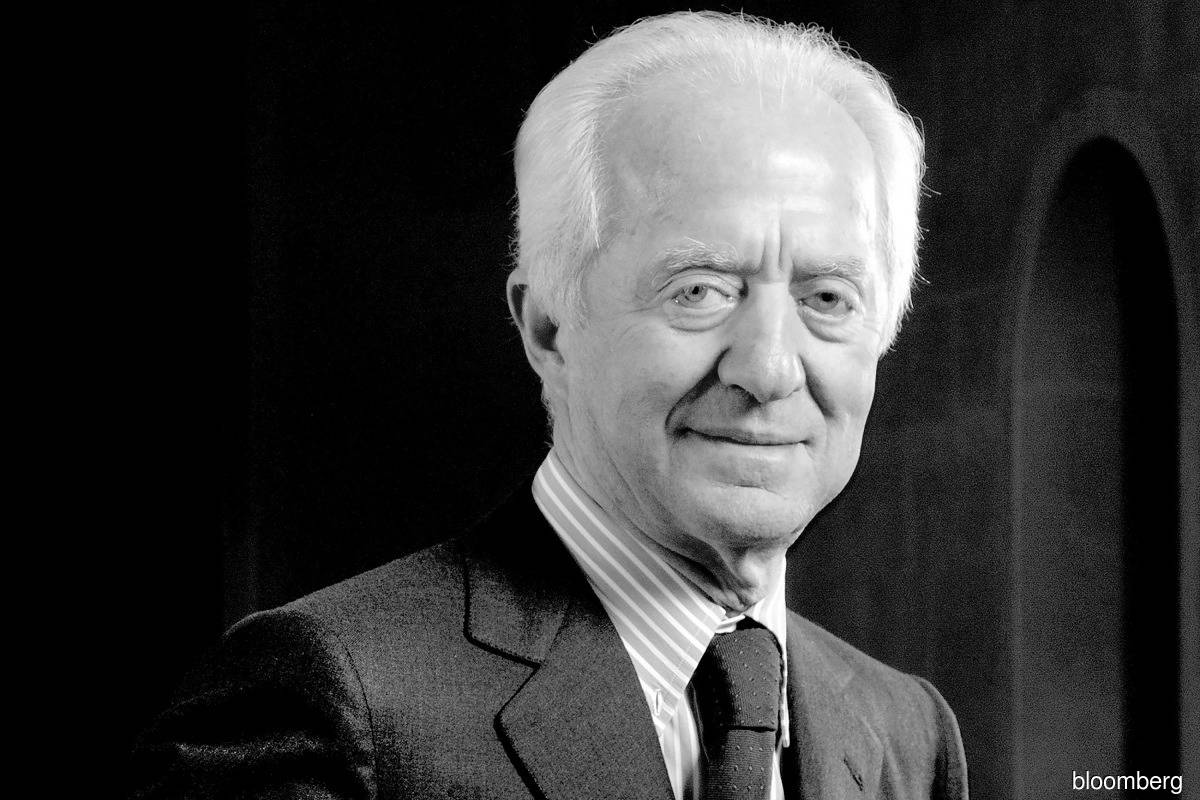 MILAN (June 27): Leonardo Del Vecchio, the Italian entrepreneur who transformed a tiny optics workshop into the undisputed world leader in eyewear and amassed one of the biggest fortunes in his country along the way, has died. He was 87.

Raised in a Milan orphanage, Del Vecchio struck out to set up shop in the town of Agordo, in the Alps north of Venice, from where his small supplier of eyeglass frame-parts morphed into a global player, making a series of often brazen acquisitions to eventually become EssilorLuxottica, the world industry leader. Iconic brands like Ray-Ban and Oakley were among the scores of targets Del Vecchio snapped up on his way to the top.

The rise brought Del Vecchio the second-largest fortune in Italy — after the chocolate-making Ferrero family — with a net worth of US$25.7 billion as of June 1, according to the Bloomberg Billionaires Index.

The tycoon held a controlling 32% stake in EssilorLuxottica, which was formed from the 2018 merger of his Luxottica SpA with French lens maker Essilor. The company, which produces frames for fashion houses like Armani and Prada in addition to owning brands like Ray-Ban, has more than 180,000 employees, operations spanning the globe, and a foothold in the luxury and medical technology sectors.

"I've lost a friend, first, and a companion in this long professional adventure," designer Giorgio Armani said in a tweet. "Your passing afflicts me deeply."

Paris-based EssilorLuxottica, which is both the world's top eyeglass retailer and its biggest producer of corrective lenses, announced the death of its chairman on Monday, saying its board will meet "to determine next steps".

During a rare conversation with a reporter earlier this year, he was asked how he built his empire. "I've always strived to be the best at everything I do — that's it," Del Vecchio said. Describing the drive that took him to the top, he said simply, "I could never get enough."

In addition to a controlling stake in EssilorLuxottica, Del Vecchio's Delfin holding also had interests in Italian financial companies such as Mediobanca SpA, Assicurazioni Generali SpA, and UniCredit SpA.

Born on May 22, 1935, Del Vecchio grew up poor in war-torn Milan. Unable to care for her son, his mother — widowed five months before he was born — sent him to an orphanage when he was seven. He began working as an apprentice to a tool and dye manufacturer in Milan when he was 14.

Del Vecchio moved to Agordo in the 1960s and started making eyeglass frames designed by others. He founded Luxottica in 1961 with a dozen workers on land he got free from the town in a bid to stimulate the local economy.

Luxottica started producing its own designs in the late 1960s, and in the 1980s, Del Vecchio began buying up companies in the US. In 1999, he purchased Ray-Ban for US$640 million.

Del Vecchio said that in the early days of his career he "put work before everything else", dedicating little time to his children. "The factory became my real family," he said, adding that he had made up for some of the lost time in recent years, spending time with his extended family in Milan, or at his homes on France's Cote d'Azur and the island of Antigua.

Del Vecchio's final goal, he said in what would be his last interview, was to push EssilorLuxottica into the exclusive club of companies valued at more than €100 billion (US$107 billion).

He was the biggest shareholder in investment bank Mediobanca with a stake of just under 20%, and one of the main investors at Generali, Italy's top insurer. Del Vecchio was a key part of a group of investors that tried unsuccessfully to force out Generali chief executive officer (CEO) Philippe Donnet in the first half of 2022. At Mediobanca, he periodically clashed over strategy with CEO Alberto Nagel.

Del Vecchio said his skirmishes in the finance industry resulted from thinking big.

"You need to be brave enough to keep doing things, to move forward," he said.

DBKL's Crackdown On Crackhouse: Did They Go Too Far?