0 1,239
An official blog in i3investor to publish sharing by Mr. Koon Yew Yin.

Since Russia invaded Ukraine on 24 February, NATO nations including US have been donating military weapons and money to help Ukraine fight Russia. All of them are doing this under false pretenses. They want the Ukrainians to weaken Russia to protect their own interest as shown on the map below:

No one can tell the followings:

1 when the war will end?

2 the number of Russians will be killed eventually?

3 the number of Ukrainians will be killed eventually?

4 the longer the war is prolonged more people will be killed.

6 the longer the war is prolonged, more people will be displaced.

7 If all the political leaders were required to fight in the front line, there will be no war

8 Currently more than 14 million people are thought to have fled their homes since Russia's invasion of Ukraine, the United Nations (UN) says. More than six million have left for neighboring countries, while eight million people are displaced inside the war-torn country itself.

9 Assuming Russia won the war eventually, how can Russia control Ukraine when almost all the people have suffered losses in terms of human lives and properties?

10 Introspective, it is much better to have a peaceful settlement as soon as possible. 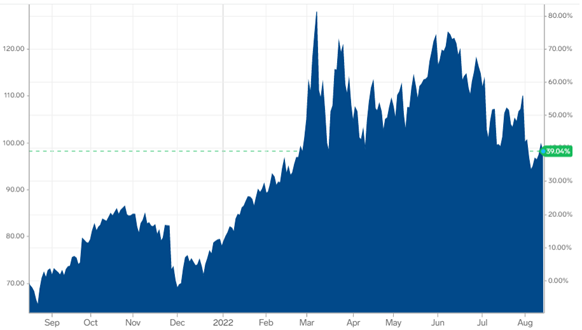 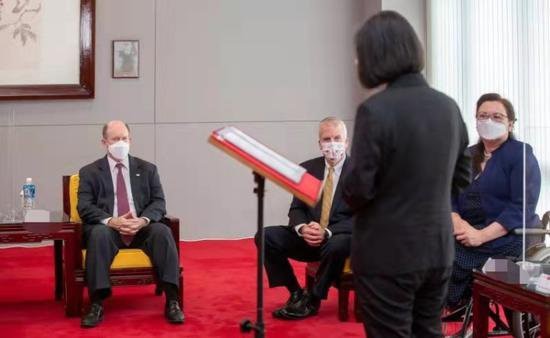 I think most religion their intention is actually good one. Christian, Islam, Buddha etc.

The world will never be peace.

river...your hatred of China is a product of your up bringing, but its wrong.

Europeans leave the churches, western media no problem with that .............. CPC in power in China, the media says CPC is anti Christ.

in the eyes of anti China people, whatever China says or do also wrong.

but its funny because people should first try to improve themselves instead of saying China this China that.

@river...your hatred of China is a product of your up bringing, but its wrong

Nope, quite the opposite.
My parents are buddist, loves China, dislike Islam.
Myself is atheist. Brainwashed by western media, lol.

your parents are correct .......by now, most people a bit older is correct. The younger ones have not learn.

just like in HK, the terrorists are mostly young, the older generation very supportive of the new security law.

Sslee, Lucifier the Satan is very strong, 2nd to God. He will entice the Christians to follow him to Hell

Dats y Putin who profess to b a Christian is a killer. Bible says wolves in sheep clothings.

June is a punishing month for refineries and oil palm stocks. The two sectors supposed to do well. learn any lesson?

every thing blame Putin so that America looks good?

who is to be blamed for Ukraine war? Plenty of blame to go around. ...but surely a failure of the system, the American world order.

if u bring in religion, the only solution is one side totally win and the other side totally destroyed. .that is how it ends.

those who blame Putin want to show they are superior in morality and war and peace but learn nothing about how Chinese culture and Chinese philosophy sees such stuffs.

western culture, western philosophy tends to see such stuffs in2 dimension, good vs evil.......got Jesus or no Jesus.

look at this toby, others...........every thing also criticise, failed systems also criticize, successful system like China also criticise, nothing he likes. ...... a balanced person needs to like some thing, not just criticise. They thinks its call critical thinking but Then it becomes ego trip, from a nin com poop.

critical thinking does not mean every thing also criticise. It just means u have to choose. learn to choose.

learn to balance the yin yang.

truth comes from the real world experiences.....all the best sounding theories also no use if not supported by real life experience.

when HK schools introduce critical thinking as a subject , it turn all the youth into critics of the government. It becomes cool to criticise. Is that critical thinking? The youths think it is.

now the government has changed the subject into patriotic education and is working well. All the parents are happy.

western media trys to paint the Ukraine war as Putin;s war. ...and solutions designed around it.

but the reality is it is Russia's war and the Ukraine war is popular with Russians and they can tolerate a lot of sufferings. .............. wrong diagnosis by the west.

qqq, where did you learn to talk to yourself?

from your anti China brain.

@qqq3333,
Hmm... I think you are still wrong, maybe the right one is Biden and western media .
But it's ok, I respect your thought. Let's agree to disagree then.

the problem with Biden and western media is...they are all hypocrites and reactionaries with no long term plans and not interested in solutions.

@qqq3333 is so obsessed with China. Wonder why not move thre?

ben, I have the right to love...not like toby/ ben just hate every thing.

@qqq3333 is so obsessed with China. Wonder why not move thre?

Answer : Exactly! Why stay in Malaysia!

To me, as malaysian of non malay race, what i do know is that we need to appreciate the majority! We are not victimize in any way contra to what the Lims has been instigating! It's just that we refuse to assimilate! We need to be like SsLee who speaks fluent bahasa! So fluent that his bahasa can put any malays to shame!
Back in the 80s and 90s, we were highly respected by majority malays! Despite local chinese controlling almost 100% of domestic economy! MCA approach was correct! Built so many chinese institutions without creating any racial tension!
Today, even building new chinese school is very problematic with those malaycentric nutjobs screaming and shouting! Even Johor royals are adamant to abolish chinese schools in Johor! Thankfully Najib during his administration approved few new chinese schools! Those chinese johorians who are talking nonsense in kopitiam of Johor going independent need a hard bank on the head! Do you know that Johor royals will see it through that not a single chinese schools will stand if they go independent! Thankfully this won't happen as johorians will not vote for such referendum!
Coming back to Qqq3, is she openly speak in public of her fondness of China and how chinese are superior race, i think she should move to China because the resentment created will lead to havoc here!
Race superiority always lead to problems! We have seen this in Germany when jews thought they were superior beings compare to germans!
Malay supremacy will let to problems! There's only 16 millions malays in this world and the indonesians are not in good terms with malays! As Indonesia rise overtaking Malaysia, you think malay supremacy will matter! No, majority malays will slowly become like indonesians as softpower from Indonesia takes root! And perhaps, malays too will speak like indonesians in coming decades!
Be like Singapore! The national language of Singapore is bahasa! Do you know that! And at every national day speech, the PM of the day speaks in bahasa! Do you know that!

As a grow older, i dont' close my mind of the changes in Malaysia! Decades ago, i too think like Qqq3! But i change because of my son! He made me realise how wrong i was of been ignorant dumbass!
I realise that assimilating is the best approach with current weirdness going on in Malaysia! If one refuse, then it's going to be vary hard going forward! The race divide is beyond repair! What we can do is weather it and ensure no further damage done by previous and current politicians!

the Ukrainian forces has lost the war long ago.


Konix Twenty
4 weeks ago (edited)
What the colonel said about China and Taiwan is spot on. I have lived in Taiwan almost 10 years. These people have a completely different mentality. All they want to do is make money, live a happy life and procreate. They really could care less about politics, some kind of liberal western morals or grand standing US style democratic ideals. Americans try to force their value systems on other nations. But Asians think completely differently from the Westerners. The best United States can do is stay the hell out of all countries and let them figure out their own destiny.

@qqq3333
your hatred of western is a product of your up bringing, but its wrong

People have the right to not obsessed with China too...not like qqq3333 just love every in China.

Dear Tobby,
My grandfather and father time have no problem assimilate into Malay culture like baba nyonya did.

But today Malay already abandon their own Malay culture and adopt an Arabian Muslim intolerant to everything non Muslim.

The day where we can invite our Malay friends to our house for dinner together are gone.

my regular cycling buddy is a malay. I have no problems with Malays/ Malaysia.

these no hiding the fact that America is in permanent decline and America is a very dangerous country in geo politics. Biden is completely useless and very dangerous. The Xinjiang Force labour Act is the lastest and shows why America is beyond help, no hope for America.

if u keep messing around with your neighbor, how to get peace for yourself?

They like to mess around with other people but don't know how to solve their own problems.

what do u call that? I call that hypocricy, just wanting to look good by accusing other people. , defaming others,

@qqq3333
your hatred of western is a product of your up bringing, but its wrong

I think Malaysian youths are just like HK youths and the elder generation needs to educate the younger generation about the true face of America and their propaganda attacking China to stop the rise of China.

America is a barbarian country

Gravitas: Angry depositors in China protest for their money

For almost two months, thousands of desperate depositors in China have been struggling to recover their savings. 4 banks suddenly suspended cash withdrawals. Palki Sharma tells you about the latest bank runs in China.

America down, China down.
Maybe it's time for Malaysia to shine.